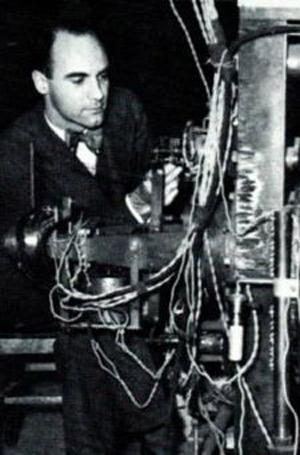 Carl Anderson was an American physicist who shared the 1936 Nobel Prize in Physics, with Victor Hess, for his discovery of the positron (antielectron) while studying cosmic rays. This was the first known particle of antimatter.

Anderson examined photographs of cosmic rays taken as they passed through a Wilson cloud chamber in a strong magnetic field. Besides the curved paths of negative electrons, he found also paths bending in the opposite direction, corresponding to positively charged particles, yet having the the same mass as the electron. Previously, Dirac had predicted such particles by theoretical solution to electromagnetic field equations.

Anderson was later also involved in the discovery of the muon.