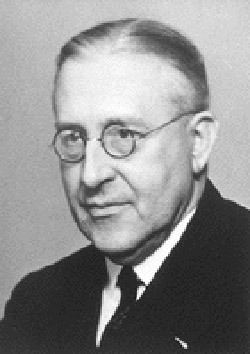 Victor Hess was an Austrian-born American physicist who discovered cosmic rays. Beginning in 1912, Hess sent up balloons carrying electroscopes in order to locate the source of background radiation causing ionization in the atmosphere. Hess believed the radiation would decrease at greater altitudes, but found that instead it increased up to eight times. He suggested that the radiation came from space and Robert Millikan proposed the name "cosmic rays." Hess shared the 1936 Nobel Prize in Physics with Carl Anderson. He emigrated to the US in 1938 to become professor of physics at FordHam University in New York City.