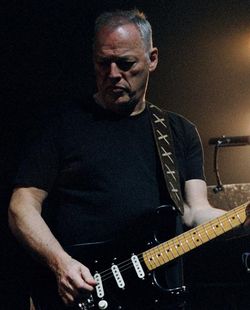 The electric guitar is the most iconic instrument in rock and pop. It was a product of the creative mind of Les Paul and others who adapted the guitar so that its sound could be amplified and modified for use in dance bands and all forms of music including jazz, country, pop, and what eventually developed into rock and roll. Microphones adapted for the guitar, called pickups, are placed under the strings on the body of the guitar. The electric guitar usually has a solid wooden body with no acoustic response. All the sound is created by the vibration of strings being translated into electrical signals by pickups and then amplified.

It was the guitar's involvement with popular music, most notably jazz, which fueled the desire for greater volume. As early as the 1920s, experiments were carried out using pickups that carried the guitar's sound to an amplifier. The first commercially manufactured electric guitar was sold by Fender in 1948, quickly followed by Gibson in 1952, thus establishing a commercial rivalry that drove development forward.

As well as creating guitars that were purely electronic – i.e. that made negligible sound without amplification – the pickup technology was applied to acoustic guitars. Gradually, hybrid instruments developed that combined qualities of both and the guitar began to take a more prominent place in jazz and pop music.


History of the electric guitar

The modern electric guitar has its origins in the Hawaiian or steel guitar, popular especially in the 1920s and 1930s. These instruments were the first examples of guitars that depended on electrical amplification rather than the properties of acoustic response.

Three names are particularly associated with the development of the electric guitar – Rickenbacker, Fender, and Gibson. Adolphe Richenbacher (later changed to Rickenbacker) worked making components for the Dopera Brothers' National Resonator Guitars. Together with George Beauchamp and Paul Barth, he formed the Electro String Company and, in the 1930s, began building Hawaiian-style guitars using their newly developed magnetic pickup system.

In the late 1940s, electrician and amplifier-maker Leo Fender designed the Broadcaster guitar. After a dispute with the company Gretsch over the name "Broadcaster", the guitar was re-christened the Telecaster. In 1954, Fender introduced an instrument that was to become the most famous, and most copied, electric guitar of all time – the Stratocaster, or "Strat".

The Gibson Company's response to the huge popularity of Fenders was to seek out the service of jazz guitarist and inventor Les Paul. Paul had built his so-called "log" guitar out of a simple, solid block of wood with an attached neck in the early 1940s. His association with Gibson was to produce another iconic instrument – the Gibson Les Paul of 1952.