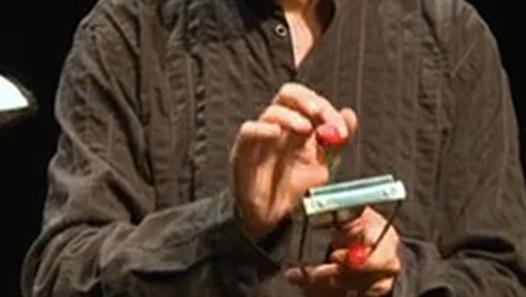 A range of metal percussion instruments are found in the western orchestra, many of which have ancient and global origins. The best known of them is the triangle (see separate entry).

Real anvils can be impractical in the orchestra as they are so heavy. Effective substitutes can be made from sections of scaffold pole or railway track, which provide the same clanging sound. The anvil is played with a heavy metal mallet or hammer.

The musical saw is a fine-bladed saw without teeth, 70–90 centimeters (28–36 inches) long, played with a double bass or cello bow. The saw handle is held between the knees and the tip of the saw held in the left (or non-bowing) hand. As the right hand bows the saw, the left hand bends it to create different pitches. Both the bowing pressure and the amount of bending must be carefully controlled to make the saw play a true pitch and a sustained musical line. It has a high singing tone, and can play vibrato and glissandi. Its origins are obscure, but it may have originated from rural North America in the late-nineteenth century. It was a popular musical-hall and vaudeville instrument around the turn of the twentieth century, and Shostakovitch included it in his opera The Nose (1927–1928).

The musical saw is similar to the flexatone, which was invented as a jazz instrument in the 1920s. The flexatone is a thin flexible triangular steel plate fixed at the wide end to a frame about 30 centimeters (12 inches) long, with rubber or wooden beaters attached to rods at the lower end of the plate. The player waves the flexatone to make the beaters hit the plate, and at the same time changes their thumb pressure on the plate to change the pitch. It has a limited pitch range, although it plays a melodic part in Aram Khatchaturian's (1903–1978) Piano Concerto (1936).