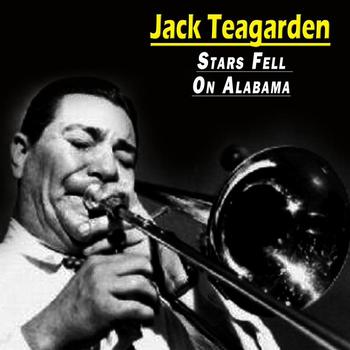 The range of different kinds of trombone.

The trombone is a brass instrument, whose name, originally Italian, means the great trumpet (tromba) to which instrument it forms the natural complement. It consists of a tube bent twice on itself, ending in a trumpet-shaped bell, and sounded by means of a cupped mouthpiece. The central section is double, the outer tube sliding on the inner one so as to let it stretch to nearly double its own length. The performer, while holding the mouthpiece with one hand, moves the slide out and and in with the other by means of a cross-piece. The bass form of the instrument is provided with a jointed handle to let the performer reach the end of the slide.

It has been made in almost every key, but the two principally used are the tenor in B flat and the bass in G; and the music for them is written in the tenor and bass clefs, respectively.


History of the trombone

The origins of the trombone are ancient, with some evidence that its roots go back to nearly 700 BC. Specimens made of bronze, with gold mouthpieces, were discovered at Pompeii in 1738. When first introduced to England it was called the sackbut. It has been much in orchestral composition, in military bands, and, from the early part of the twentieth century on, in jazz.

Jazz trombonists probably did more to exploit and develop the trombone's capabilities than anyone else. In the early twentieth century, Kid Ory brought 'tailgate' trombone to the rhythm section. In the middle of the twentieth century, Louis Armstrong's favorite trombonist, Jack Teagarden, with his tender, long-breathed phrases, became the first to make it a lead instrument. Its capacity for brash, hard-edged sound became an important part of bop in the hands of players such as J. J. Johnson.

The modern tenor trombone has a cylindrical bore for half its length – more when the slide is extended – and then widens to a flared bell. It has a compass from E to f " and comes in a variety of bore sizes to suit different repertoires. The slide has seven positions: root position (not extended) plus six more, each dropping the pitch by a half step (semitone).

Most trombones today have an extra length of tubing above the bell section which, when accessed via a valve, drops the fundamental pitch by a perfect fourth to F. This makes some notes accessible in more than one slide position, reducing the need for excessive movement at high speed. In spite of the trombone's fundamental pitch being B flat, it is notated as a non-transposing instrument in C.

The modern bass trombone is actually the same as the tenor in its basic set-up. Keyed in B flat, it has two additional lengths of tubing, which allow it to play potentially as low as C'. Bass trombones also have wider bores than their tenor counterparts, giving them a deeper tone.

Until the 1950s in Britain the bass trombone in G – a minor third below the tenor – was in common use. This was an instrument without valve-accessed tube extensions, however, and its length meant that a handle was needed on the slide in order to utilize the bottom positions.

The true contrabass trombone is an extraordinary instrument, measuring some 5.5 meters (18 feet) in total length. Its fundamental note of B♭" necessitated the use of a double-slide – two slides joined together, which meant that any extension was effectively double in length. This allowed for a total of nine positions instead of the more normal seven.