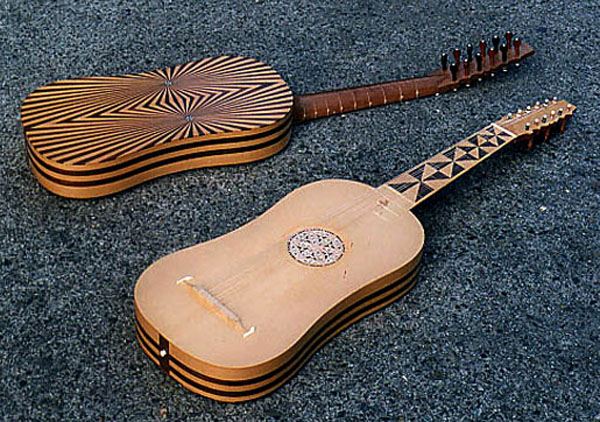 The vihuela is one of the most significant precursors of the guitar and, it is thought, of the viol. It is a plucked instrument with six or seven courses that was popular in the fifteenth and sixteenth centuries. Although closely associated with Spain and areas under Spanish influence, it was also used in Italy and Portugal.

In appearance, the vihuela is very similar to the modern guitar. It has the characteristic figure-of-eight body shape, a long neck, and a head set back at a slight angle. Rose patterns were often set into the body, functioning as sound holes. The vihuela was a fretted instrument, using 10 lengths of gut tied around the neck to stop the string. Like the lute, the six courses followed the tuning pattern of fourth-fourth-major-third-fourth-fourth.

It isn't clear why the vihuela became so popular in Renaissance Spain at a time when the rest of Europe used the lute for the same purpose. Nevertheless, the guitar's strong association with Spain began at this time, and the Spanish passion for the vihuela was responsible for its introduction to Latin America during the colonization of that part of the world.