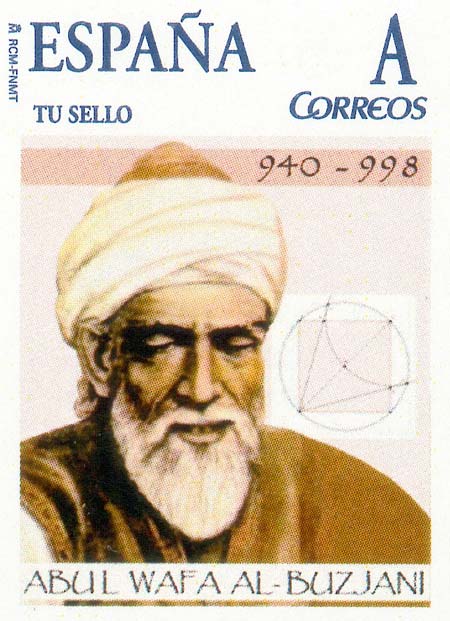 Depiction of Abu'l Wafa on a Spanish stamp.

Abu'l Wafa (also known as Abu al-Wafa and Abu al-Wafa Buzhjani) was a Persian mathematician and astronomer who was the first to describe geometrical constructions possible only with a straightedge and a fixed compass, later dubbed a 'rusty compass,' that never alters its radius. He pioneered the use of the tangent function, apparently discovered the secant and cosecant functions, and compiled tables of sines and tangents at 15 arcminute intervals – work done as part of an investigation into the orbit of the Moon.