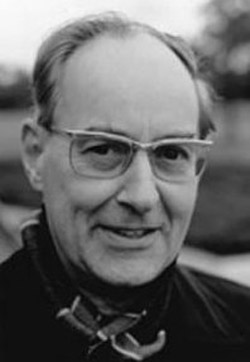 Adriaan Blaauw was a Dutch astronomer whose studies included the motions of star clusters and associations, runaway stars (see Blaauw mechanism, below), star formation, and the determination of the cosmic distance scale. Blaauw figured prominently in international collaborations, including construction of the European Southern Observatory in Chile, the merger of several European astronomical journals into Astronomy and Astrophysics, and development of the Hipparcos astrometric satellite. Educated at the Universities of Leiden and Groningen in the Netherlands, he worked at Leiden, Yerkes, and Groningen, where he rebuilt the Kapteyn Astronomical Laboratory into a major research center on galactic structure.

The Blaauw mechanism is a mathematical explanation of the disruption of a binary star system as one component throws off a shell of gas and the resulting loss of gravitational attraction changes the orbit of, or ejects altogether, the companion star.