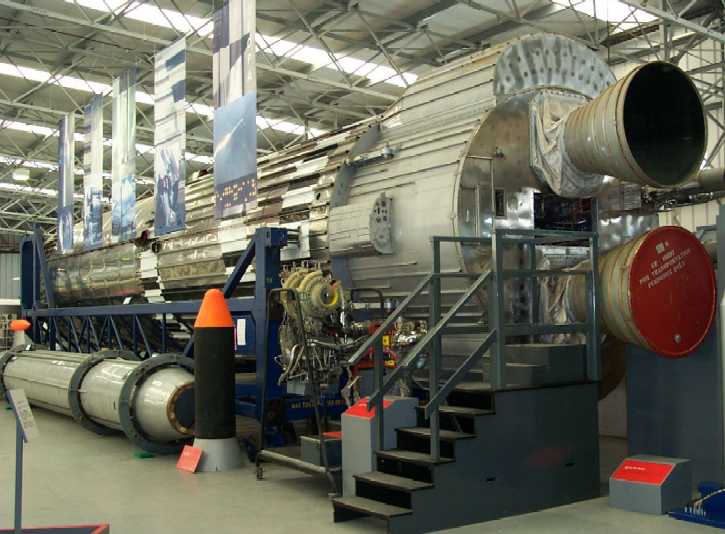 Blue Streak was a British launch vehicle of the 1950s that started out as an intercontinental ballistic missile (ICBM) and became an ancestor of today's Ariane.

Blue Streak was designed to deliver a two-ton nuclear payload over a range of 4,500 km – a capability similar to that of the American Atlas. The De Havilland Aircraft Company was given the contract to build the missile; Rolls Royce were to provide the engines. The first tests took place at Spadeadam Rocket Establishment in August 1959. By the following February, the RZ.2 engines (based on an American design with many improvements that enhanced the engine's efficiency and reliability) were being run for their full burn time of three minutes. But then, on April 13, 1960, the British government decided to cancel the Blue Streak ICBM project and, subsequently, proposed to other European countries that it be used as the first stage of a space launcher. With additional stages Blue Streak was then developed into the Europa launcher for the European Launcher Development Organisation, ELDO.