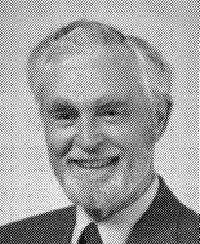 Ronald Bracewell was a physicist and electrical engineer, born in Sydney, who designed and developed microwave radar equipment in Australia during and immediately after World War II. From 1954 to 1955, he lectured on radio astronomy at the University of California, Berkeley. Since 1955, he was on the Electrical Engineering Faculty of Stanford University before becoming professor emeritus.1 In his book The Galactic Club,2 he gave an account of how he became involved in speculations about life in space in the post-Sputnik era:

I recall discussing the Cocconi-Morrison article with Stanford colleagues in 1959 and developing a number of ideas ... Looking back ... I realize the odd coincidence that in 1954-55, when I was lecturing at Berkeley, two people were there who also became key figures in the new developments... I believe that my association with Otto Struve [who had invited Bracewell to come from Australia] and Su-Shu Huang ... must have prepared my mind for the subject of life in space.

Bracewell's name is associated with the robotic spacecraft (see Bracewell probes) he proposed might be sent out by advanced civilizations to establish contact with other races in the Galaxy. In 1978, he showed how an optical interferometer consisting of two 1-m telescopes separated by 20 m could be used to search for large extrasolar planets by a method now known as nulling interferometry.3 In 1995, he was among two dozen scientists selected by NASA to investigate various approaches to planet-searching using interferometers in space.

Bracewell wrote what is widely regarded as one of the best books on the Fourier transform.4