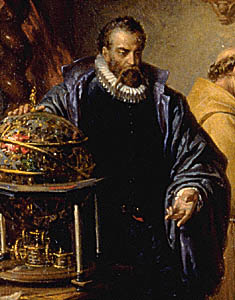 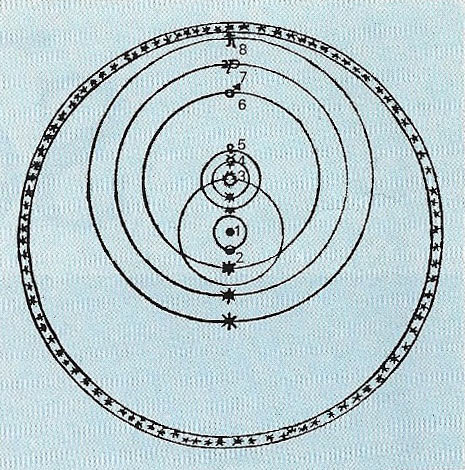 Tycho Brahe was a Danish pre-telescopic astronomer and nobleman whose accurate astronomical observations, especially of Mars, in the last quarter of the sixteenth century, gave the empirical basis for Kepler's laws of planetary motion; born Tyge Ottesen, he is always referred to by his Latinized name.

While studying law at the University of Leipzig (1562–1565), Tycho secretly carried on his celestial studies. In 1566, he famously lost his nose in a dual with Manderup Parsberg, his third cousin and a fellow student, over who was the better mathematician. Subsequently, he wore a prosthetic nose piece, purportedly made of pure gold, but which, upon examination by Czech scholars following Tycho's disinterment in 1901, proved to be an alloy of gold, silver, and copper. During his studies in chemistry at Augustburg (1570–1572), Tycho persuaded his maternal uncle to install a laboratory in his castle at Herritzwad. There, on November 11, 1572, Tycho caught sight of the famous "new star" in Cassiopeia (a supernova), which became the subject of his first book, De nova stella, in 1573 (see Tycho's Star). In the same year, his family relations became strained when he married a peasant girl. He had intended to settle in Basel, but Fredrik II, King of Denmark, bestowed upon him for life the island of Hveen, along with a substantial pension, which enabled Brahe so set up his famous observatory of Uraniborg.

To achieve maximum accuracy, Tycho made his instruments as large as possible without sacrificing mechanical rigidity. One of the largest was the great mural quadrant, permanently mounted in the plane of the meridian and with an arc radius of slightly over 1.8 m. Because the mural quadrant measured only meridian altitudes, Tycho also used two other large quadrants of the azimuthal type. Both had circles approximately 1.8-m in radius, angular scales divided to 10", and parallax-free sights. Among other major items at Uraniborg were several large equatorial armillary spheres. Although used in China at least as early as 1260, the equatorial armillary had been unknown in Europe, and Tycho considered himself its inventor. The need to measure the angular distance between any two objects in the sky prompted Tycho to develop the sextant: the largest at Uraniborg had a radius of 1.7 m.

Tycho also encouraged the entry of women into science. Sponsored by her brother, Sofie Brahe (1556–1643) made critical new observations that would later allow Kepler to establish the elliptical orbits of the planets. Sofie worked with her brother during the whole of his tenure at Uraniborg, and later compiled her observations into an unpublished, but preserved, memoir.

Although Tycho incorrectly believed that Earth was at the center of the universe and that the Sun and the stars revolved around Earth (Fig 2), he did accept part of the Copernican system by allowing that the other planets orbit the Sun. His principal work, Astronomiae Instauratae Propgrymnasmata (Exercises Toward a Restored Astronomy) was published posthumously in two volumes (1602–1603) and edited by Kepler, who had worked alongside Brahe for the last few years of the Dane's life. The first volume gave the positions of 777 stars and formed the basis of Kepler's so-called Rudolphine Tables (1627), while the second volume dealt primarily with the comet of 1577.