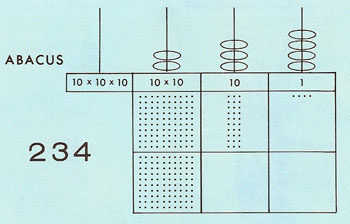 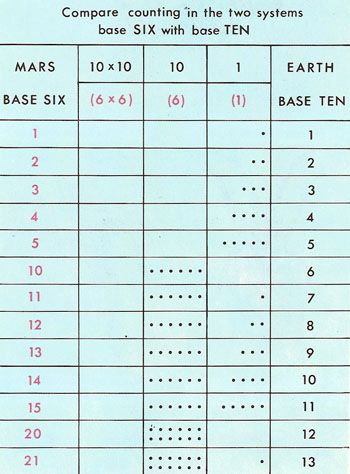 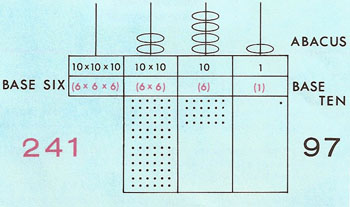 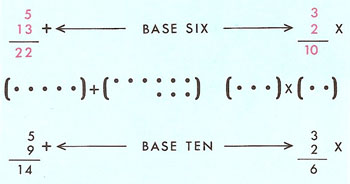 
A Martian number base?

Imagine trying to explain to an intelligent being on another planet, say Mars, how our number system works (Fig 1). We should have to explain that in a number such as 234 the right-hand number refers to the units, the next numbers to the numbers of 10's, and the next to the number of 100's (10 × 10). Our number system is based on tens because we happen to have ten fingers and thumbs on our hands (Figure 2).

Figure 4 shows how the same numbers would be written by the Martian,using his base of six, and by us using our base of ten. The last number of both bases is written 10.

In the base six system the "bonds" of addition and multiplication are different from ours, so calculations look rather odd (Fig 6).