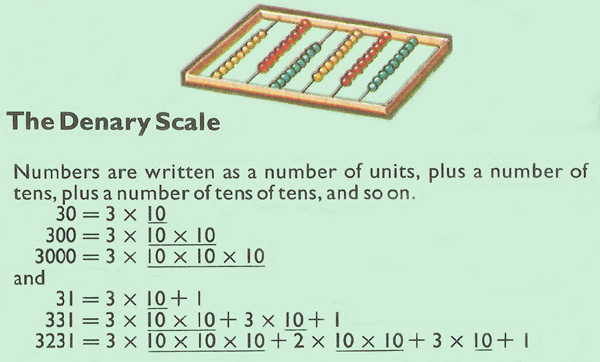 Fig 1. The denary, or decimal, scale. 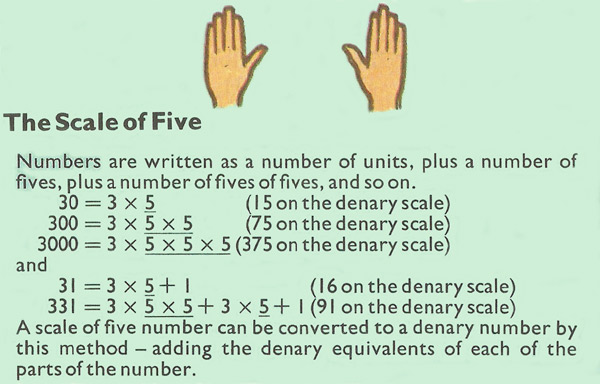 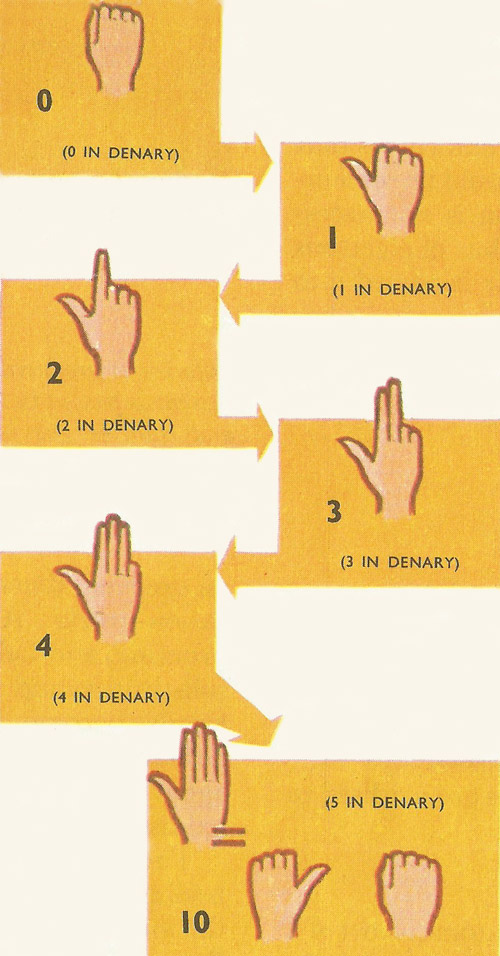 In a positional number system of base b, b basic symbols (or digits) corresponding to the first b natural numbers, including zero, are used. To generate the rest of the numbers, the position of the symbol in the figure is used. The symbol in the last position has its own value, and as it moves to the left its value is multiplied by b. In this way, with only finitely many different symbols, every number can be expressed. This is unlike systems, such as that of Roman numerals, which use different symbols for different orders of magnitude.

The 'tens' scale is called the denary scale.

Ten is by no means the only basis for a number system. Ancient man used to think in fives because he had five fingers on his hand (the clumsy Roman system is also based, among other things, on fives). There is no number five in a system based on five (Fig 2). Neither are there the digits 6, 7, 8, 9. 5 in this system is written as 10, and 6 as 11. Counting in fives goes:

For example, 7 divided by 2 is 3, remainder 1. The first digit of the binary number (starting from the right) is therefore 1. To find the second digit, 3 is divided by 2. The result is 1, remainder 1. The second digit is 1, and the third digit must also be 1, for there is only a 1 remaining. This method works for all numbers, no matter how large. If an even number (i.e. divisible by 2) appears at any stage, the remainder is 0.