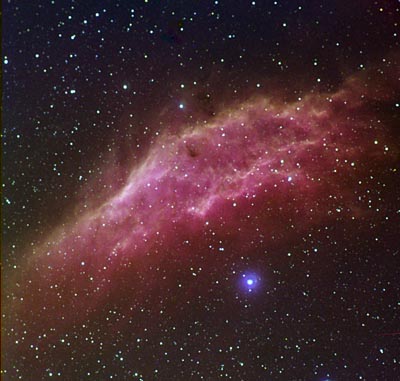 The California Nebula (NGC 1499) is a large but visually faint H II region, about 1,000 light-years away in the constellation Perseus, which is ionized and thereby made visible probably by the hot O star Xi Persei. This star belongs to an association of young stars which probably arose from this interstellar cloud, the Perseus OB2 association. The California Nebula was discovered by Edward Barnard in 1884–85 and is named for its resemblance to the American state.