Fig 1. A piece of the Cape York meteorite called "the Dog" being hauled from the site of the find, to the inlet where Peary's ship, the Kite, was anchored. Photo: Dartmouth College Library. 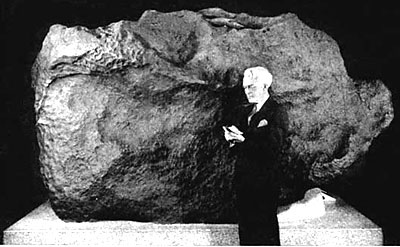 Fig 2. Ahnighito is the largest part of the Cape York meteorite and the largest meteorite on display in any museum (The American Museum of Natural History in New York).

Cape York meteorite was a huge iron meteorite (a type IIIA octahedrite), that fell as a shower – the largest known – more than 1,000 years ago and landed in Cape York, West Greenland. The meteorite's existence first became suspected when the explorer John Ross and his expedition, while searching for the Northwest Passage, encountered members of an Inuit tribe in northwestern Greenland in 1818 and were astonished to find that they had knife blades, harpoon points, and engraving tools made of meteoric iron. The area has no natural metal deposits, yet the plentiful supply of meteoric iron enabled the polar hunters to develop Iron Age technology to help them survive. The natives, however, would not divulge the location of their source of metal. Ross later had samples of the metal fragments analyzed and found them to contain nickel, leading Ross to believe that the source of the metal was meteoric.

Five expeditions from 1818 to 1883 failed to find the source of the iron until Robert Peary was led by a local guide, in exchange for a gun, to the site of the fall on Saviksoah Island off northern Greenland's Cape York in 1894 (Fig 1). The meteorite was in three main chunks, known from Inuit folklore as Ahnighito (the Tent), weighing 31 tons, the Woman (2½ tons), and the Dog (½ ton). By this time, the native Greenlanders had greater access to imported knives, guns, spears, and needles, so by Peary's early 1890s visit, the location of the mass of metal was a less closely guarded secret. Over the next three years, Peary's expeditions managed to load the pieces of the meteorite onto ships despite severe weather, engineering problems, and having to build Greenland's only railway specifically for the task. Upon arrival in New York City, the source of Greenland's Iron Age was sold to the American Museum of Natural History for $40,000. Several more large masses have since been found and recovered from the strewnfield, including, in the 1960s, the 15-ton Agpalilik, thought to be the legendary "Man" and fourth member of the Cape York family.