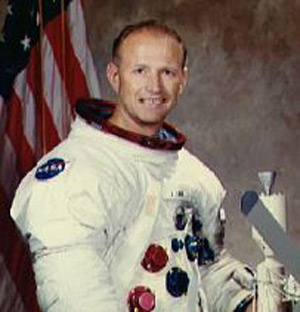 Gerald Carr was an American astronaut selected by NASA in April 1966. Carr served as a member of the astronaut support crews and as CapCom (Capsule Communicator) for the Apollo 8 and Apollo 12 missions, was involved in the development and testing of the Lunar Roving Vehicle, and was commander of Skylab 4.