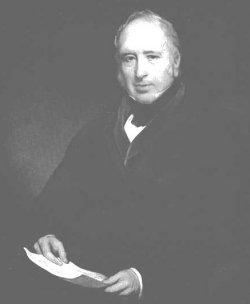 George Cayley was an English engineer and inventor who is regarded as the father of aerial navigation and a pioneer in the science of aerodynamics. Cayley was born in Scarborough, Yorkshire, into a wealthy, land-owning family. He was a distant cousin of the mathematician Arthur Cayley.

He established the scientific principles for heavier-than-air flight and used glider models for his research. He was the first to identify the four forces of flight – thrust, lift, drag, and weight – and to describe the relationship each had with the other. He designed the first actual model of an airplane and also diagrammed the elements of vertical flight. His major publication, "On Aerial Navigation," described the theoretical problems of flight. He suggested using multiple wings – biplanes or triplanes – to produce maximum lift with minimum structural weight. He recognized that curved surfaces (cambered airfoils) provided greater lift than flat surfaces.

Cayley's first full-size glider in 1849 was large enough to support the weight of a boy. A larger model, built and flown in 1853, carried Cayley's coachman as a passenger. His work influenced many others, including William Samuel Henson, who designed the Aerial Steam Carriage that was based on Cayley's theories.

As well as his work in aeronautics, Cayley developed self-righting life-boats, tension-spoke wheels, the "Universal Railway" (his term for caterpillar tractors), automatic signals for railway crossings, seat belts, small scale helicopters, and a kind of prototypical internal combustion engine fueled by gunpowder. He also contributed in the fields of prosthetics, heat engines, electricity, theatre architecture, ballistics, optics and land reclamation, and founded London's Regent Polytechnic (which eventually evolved into the University of Westminster).