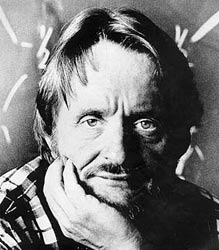 John Conway was a British-born (Liverpool) mathematician, who studied and taught at Cambridge University and later was a professor at Princeton University. Conway was an extraordinarily fertile source of new ideas in mathematics and of mathematical games. His most significant contribution was the discovery of surreal numbers, to which he was led after watching the British Go champion play at Cambridge. In 1967 he found a cluster of three new sporadic groups, now sometimes called Conway's Constellation, building on an earlier discovery by John Leech of an extremely dense packing of unit spheres in a space of 24 dimensions. He was also active in the field of knots and in coding theory. Among amateur mathematicians, Conway was best known as the inventor of the games of Life, Sprouts, and Phutball, as well as for his detailed analyses of many other games and puzzles, such as the Soma Cube.

Conway's chained-arrow notation is one of various methods that have been devised recently for representing extremely large numbers. It is based on Knuth's up-arrow notation but is even more powerful. The two systems are related thus:

Longer chains are evaluated by the following general rules:

It's important to recognize that the Conway arrow isn't an ordinary dyadic operator. Where three or more numbers are joined by arrows, the arrows don't act separately but rather the whole chain has to be considered as a unit. The chain might be thought of as a function with a variable number of arguments, or as a function whose single argument is an ordered list or vector. The Ackermann function is equivalent to a three-element chain: A(m, n) = ( 2 → (n + 3) → (m - 2)) - 3. It can also be shown that Graham's number is bigger than 3 → 3 → 64 → 2 and smaller than 3 → 3 → 65 → 2.