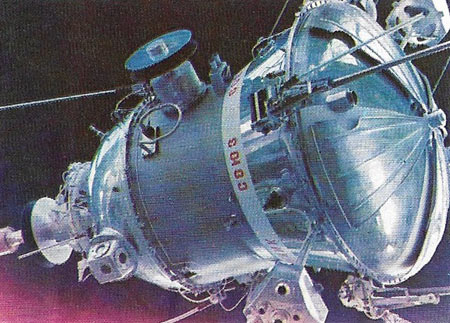 Cosmos is a long and ongoing series of Earth satellites launched by Russia for a variety of military and scientific purposes. The first was placed in orbit on Mar 16, 1962. Subprograms of Cosmos include Bion, EORSAT, Geizer, Geo-1K, GLONASS, Gonets, Luch, Parus, Rorsat, Strela, and Tsikada. The Cosmos label is also used for prototypes of new satellites; for example, Cosmos 122 to 144 were test versions of the weather satellite series known as Meteor. Finally, the catchall name was used, in the early years of the Space Race, to hide the true objectives of missions that failed, including a number of lunar and planetary probes left stranded in low Earth orbit and several vehicles connected with the secret Soviet manned Moon program.