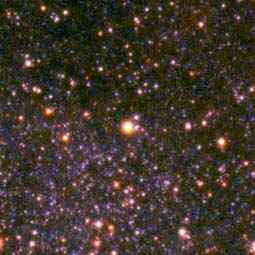 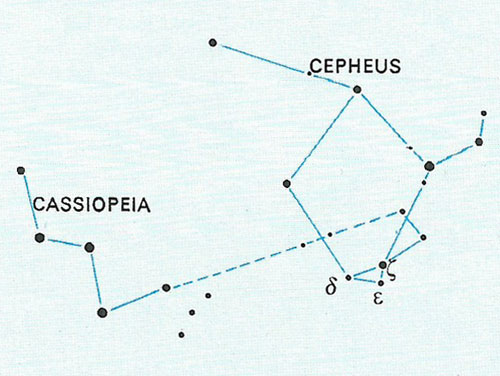 Delta Cephei is the second Cepheid variable to have been identified and the prototype for the category known as Type I Cepheids, or Delta Cephei stars. With a change in apparent magnitude of 3.5 to 4.4 over a period of 5.366 days, Delta Cep's entire range of variability can be followed with the naked eye.

At a declination of +58°, Delta makes a perfect target for northern observers, especially those who see Cepheus as a circumpolar constellation. Also, it lies conveniently between two bright stars that shine close to each end of its range of variability: Zeta Cep (magnitude 3.6) and Epsilon Cep (magnitude 4.2). For those observing with binoculars or a modest telescope, Delta Cep's companion stars can be discerned. A seventh magnitude mate is located 41" from the variable itself and is thought to be physically associated with it. A second nearby star of 13th magnitude, located 20.9" from Delta, is most likely a line-of-sight object.