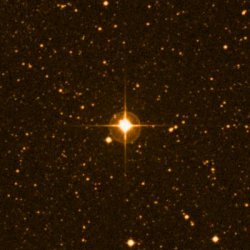 A Delta Scuti star is a type of pulsating variable that shows small, regular light variations, with an amplitude of 0.003 to 0.9 magnitude and a period of 0.25 to 5 hours. Delta Scuti stars are Population I objects of spectral type A0 to F5 and lie in the lower part of the instability strip, either on the main sequence or among the subgiants and giants. Although superficially like low-luminosity Delta Cephei stars, and sometimes still known by the old name dwarf Cepheid, they display both radial pulsation and non-radial pulsation modes simultaneously. They are closely related to both SX Phoenicis stars and AI Velorum stars.