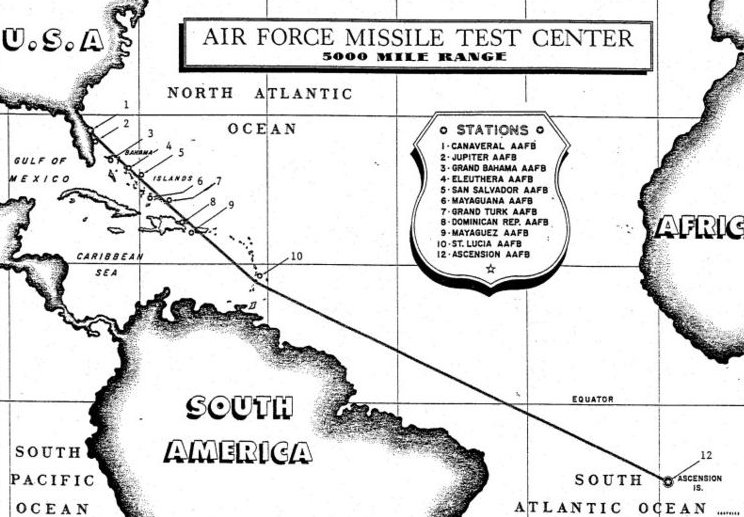 The Atlantic Missile Range, circa 1957.

The Eastern Test Range (ETR) is an instrumented missile test range, managed by the US Air Force, that extends more than 16,000 km from the launchpads of Cape Canaveral and Merritt Island across the Atlantic Ocean and Africa into the Indian Ocean. The Eastern Test Range (ETR) is associated with missile and rocket launches from Cape Canaveral Air Force Station and NASA's Kennedy Space Center.

Until 1964, ETR it was known as the Atlantic Missile Range (AMR) and consisted of a chain of shore and sea-based tracking sites. By January 1960, the Atlantic Missile Range included 13 major stations, approximately 91 outlying sites, a fleet of ships, and three marine support stations. By September 1963, the AMR extended around the tip of South Africa to the island of Mahé in the Indian Ocean. All of the sea-based tracking and many of the land-based stations have now been replaced by space-based tracking, including the TDRSS (Tracking and Data Relay Satellite System).