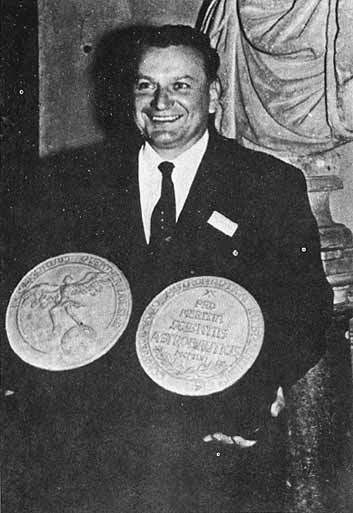 Krafft Ehricke was a German-born rocket-propulsion engineer who was the chief designer of the Centaur and who produced many other ideas for the development of space including a space plane design and a strategy for lunar colonization. As a child, he was influenced by Fritz Lang's film Woman in the Moon and formed a rocket society at age 12. He studied celestial mechanics and nuclear physics at Berlin Technical University. Injured during World War II, he was transferred to Peenemünde where he served as a propulsion engineer from 1942 to 1945. Upon moving to the United States, he became an American citizen (1954) and during the 1950s with General Dynamics helped develop the Atlas missile and then the Centaur upper stage. Later, he carried out advanced studies at Rockwell International while also working independently on schemes for the commercialization and colonization of space. His ashes were placed in orbit aboard the first Celestis flight.