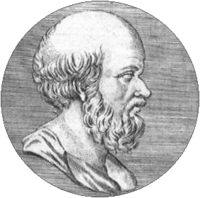 Fig 2. Observations that Eratosthenes made to calculate the circumference of the Earth.

Eratosthenes was a Greek scholar and Librarian of the Alexandrian Library, who was the first person to determine the circumference of the Earth. He compared the midsummer's noon shadow in deep wells in Cyrene (now Aswan on the Nile in Egypt) and Alexandria. Then, correctly assuming that the Sun's rays are virtually parallel (since the Sun is so far away) and knowing the distance between the two locations, he worked out Earth's circumference to be 250,000 stadia. The exact length of a stadium is not known, so his accuracy is uncertain, but he wasn't far off the mark.

Among his many other accomplishments, he accurately measured the tilt of Earth's axis and the distance to the Sun and Moon, and devised a method for finding all the prime numbers up to a given number (the sieve of Eratosthenes).

Eratosthenes spent his youth studying under famous masters in different Greek centers of learning and especially in Athens. He became well-known when still young and as a result he was asked to manage the library at Alexandria. This library was the most famous and the largest in the ancient world. He was also at this time appointed to be tutor to the Pharaohs, at the Egyptian court. He wrote about philosophy, drama, poetry, mathematics, and geography, but unfortunately very few of these writings have survived.

Eratosthenes drew the first complete geographic map of the inhabited world and as he was convinced of the spherical shape of the Earth he suggested that it was possible to reach India by sailing westward from Spain. He also thought that there were other inhabited lands opposite his own and in this way guessed at the existence of the American continent 1,700 years before it was actually discovered. Even Christopher Columbus did not realize the existence of a new continent when he first set foot upon it.

At the age of 80 Eratosthenes was blind and weary of life. He therefore committed suicide by voluntary starvation.

Here is how Eratosthenes made his famous calculation of Earth's circumference.

1. Siene, June 21, mid-day. The Sun is perpendicular to the ground (shown by the fact that it is reflected in the water of wells) so its rays are directed towards the center of the Earth (Fig 2, upper).

2. Alexandria is not on the equator, so the Sun's rays are not vertical to the Earth (Fig 2, lower).

3. Knowing the height of an obelisk and by measuring the length of its shadows, one can calculate the inclination of the Sun's rays, something of the order of 7° 12'.

4. Now the ratio of 7° 12' to one revolution of the Sun (i.e. 360 °) is going to be proportional to the distance between Alexandria and Siene and the distance (circumference) around the Earth. 7° 12' is a fiftieth of 360; therefore the circumference of Earth is 50 × 500 (the distance between Siene and Alexandria); this equals 25,000. The actual circumference ofEarth is very close to this figure and depends which way round it is measured. Some authorities differ as to how correct Eratosthenes' actual calculations were. Their estimation lies between 2 and 20%, depending on the value of the old measurement known as the stadium.