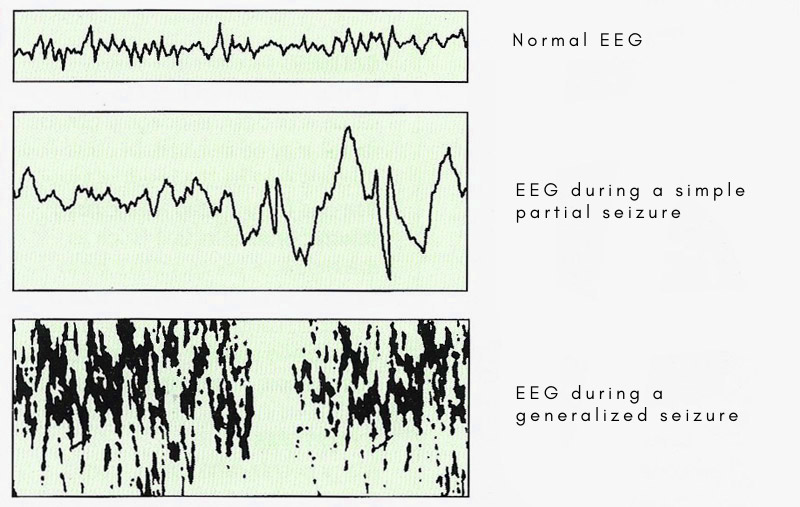 Epilepsy is the "sacred disease" of Hippocrates, a chronic disorder of the brain, characterized by susceptibility to convulsions or other transient disorders of nervous system function and due to abnormal electrical activity within the cortex of the cerebral cortex. There are many types of epilepsy, of which four are common.

Grand mal convulsions involve rhythmic jerking and rigidity of the limbs, associated with loss of consciousness, urinary incontinence, transient cessation of breathing, and sometimes cyanosis, foaming at the mouth, and tongue biting.

Petit mal is largely a disorder of children in which very brief of episodes of absence or vacancy occur, when the child is unaware of the surroundings, and is associated with a characteristic electroencephalograph disturbance.

In focal or Jacksonian epilepsy, rhythmic movements start on one limb, progress to involve others and may lead to a grand mal convulsion. Temporal lobe or psychomotor epilepsy is often characterized by abnormal visceral sensations, unusual smells, visual distortion or memory disorder, and may or may not be followed by unconsciousness. Status epilepticus is when attacks of any sort occur repetitively, without consciousness being regained in between; it requires emergency treatment.

Epilepsy may be either primary due to an inborn tendency, often appearing in early life, or it may be symptomatic of brain disorders such as those following trauma or brain surgery, encephalitis, cerebral abscess, tumor, or vascular disease. The electroencephalograph is the cornerstone of diagnosis of epilepsy, helping to confirm its presence and localize its origin, and suggesting whether there is a structural cause. If epilepsy is secondary, the cause may respond to treatment such as surgery, but all cases require anticonvulsant medication in the long term. Phenytoin (Dilantin), phenobarbitone, ethosuccimide, carbamazepine, diazepam, and related compounds are important anticonvulsants, suitable for different types. Dietary food (ketogenic diet) may be effective in some cases.