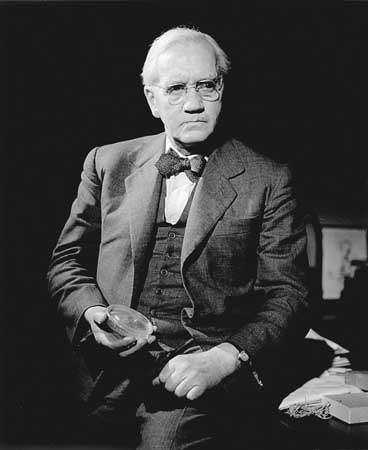 Alexander Fleming was a British bacteriologist who discovered lysozyme (1922) and penicillin. Lysozyme is an enzyme present in many body tissues and lethal to certain bacteria; its discovery prepared the way for that of antibiotics. Fleming's discovery of penicillin was largely accidental; and it was developed as therapeutic later, by Howard Florey and Ernst Chain. All three received the 1945 Nobel Prize in Physiology or Medicine for their work.