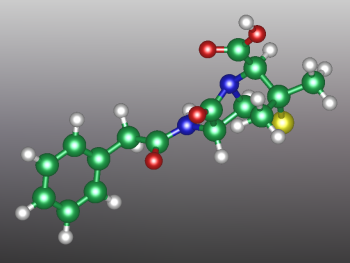 Fig 1. 3D model of penicillin. Created by Michael Ströck and released under the GFDL. 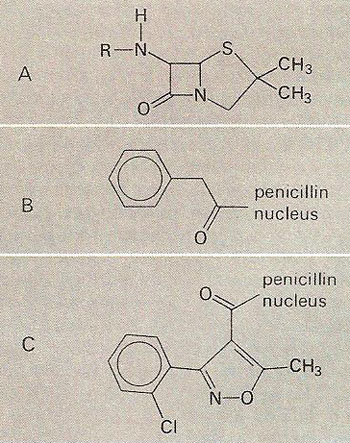 Fig 2. (A) the common penicillin nucleus (6-aminopenicillamic acid); R is an acyl side chain; (B) G or benzyl penicillin; (C) cloxacillin. 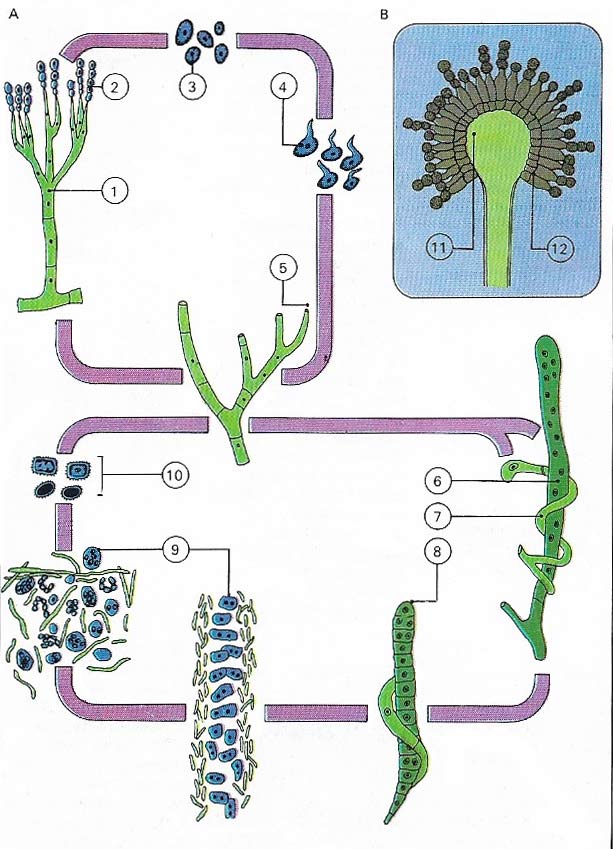 Penicillin is an antibiotic agent derived from a mold – a type of fungus – of the genus Penicillium (see below). It was among the first antibiotics to be discovered, by Alexander Fleming in 1928. It was later developed in soluble form and for medical use by Ernst Chain and Howard Florey in 1940. Since then numerous penicillin derivatives have been manufactured, extending the range of activity, overcoming the resistance in some organisms, and allowing some to be taken by mouth. It is effective in combating a wide range of bacterial infections by interfering with cell wall production by bacteria.

Staphylococcus and Streptococcus, and the bacteria causing the venereal diseases gonorrhea and syphilis are among the bacteria sensitive to natural penicillin, while bacilli negative to Gram's stain, which cause urinary tract infection,septicemia, etc., are destroyed by semisynthetic penicillins.

Penicillin can produce allergic reactions, including itching and (rarely) potentially fatal shock. Because some microorganisms have become resistant to its action, other antibiotics are often used instead.

The blue mold (Penicillium sp) (A) reproduces asexually and sexually. Chains of asexually produced conidia (2) are borne on a hypha (1). Released (3), the spores germinate (4) to produce new hyphae (5). Sexual reproduction follows the formation of a female hypha (7) which spirals around a male one (6) and fuses with it (8). The contents of the hyphae mix and asci (9) containing ascospores (10) are produced. Aspergillus (B) produces a vesicle (11), from which stalks bearing conidia (spores) eventually emerge (12).