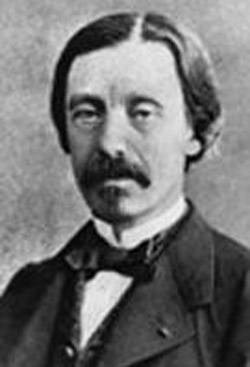 Jean Foucault was a French physicist and physician who was the first to show how a pendulum can track Earth's rotation. He also invented the gyroscope (1852), showed that the speed of light is less in water than in air (1850), and improved the mirrors of reflecting telescopes. More important even than his perfection of the silver-on-glass process was his development of a simple technique, now known as the Foucault knife-edge test, for determining the exact figure of a mirror. With Armand Fizeau, he took the first clear photograph of the Sun. He also noted the occurrence of eddy currents which became known as Foucault currents.

The Foucault pendulum is a simple pendulum consisting of a heavy metal bob on a long, fine wire attached to a support, that shows the rotation of the Earth. As the Earth turns on its axis, the plane of swing of the pendulum, as seen from the Earth's surface, rotates because of the bob's inertial resistance (see inertia) to change of absolute direction, until it has returned to its original orientation. Its period of rotation depends on its latitude.

The Foucault pendulum was first demonstrated by Léon Jean Foucault in 1851 at the Paris World's Fair.