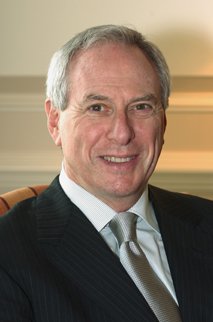 Daniel Goldin was NASA's longest-serving Administrator. Appointed in 1992, Goldin pursued a policy of 'faster, better, cheaper,' reformed the Agency's management, and implemented a more balanced aeronautics and space program by reducing human spaceflight-funding from 48% of the total budget to 38% and increasing funding for science and aerospace technology from 31% to 43%.

Among Goldin's other innovations were new programs of robotic exploration focused on Mars and the Moon, and the Origins program to understand how the Universe has evolved and how common life is on other worlds. He also laid the foundation to complete the first scientific census of the solar system and to send the first probe into interstellar space. Goldin played a pivotal role in redesigning the International Space Station. Starting with the Space Shuttle program, he has established a goal to transfer day-to-day space operations to the private sector. This enables the Agency to dedicate its resources to long-term, high-risk research and development and help establish a permanent human presence beyond low Earth orbit. Before coming to NASA, Goldin was vice president and general manager of the TRW Space and Technology Group in Redondo Beach, California. During a 25-year career at TRW, Goldin led projects for America's defense and conceptualized and managed production of advanced communication spacecraft, space technologies and scientific instruments. He began his career in 1962 at Lewis Research Center, where he worked on electric propulsion systems.