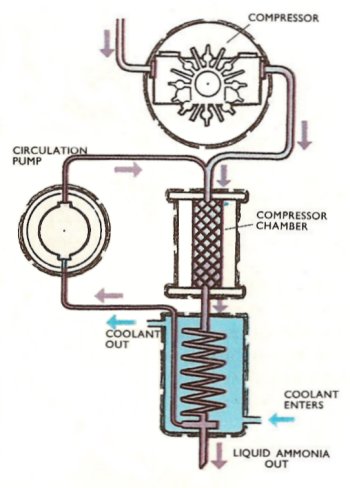 The Haber process is an industrial process, first developed in 1908 by the German chemist Fritz Haber (1868–1934), for producing ammonia from hydrogen and atmospheric nitrogen by reacting the two gases together at a temperature of about 500°C and a pressure of 20–50 megapascals.

In the later Haber-Bosch process (see Karl Bosch), a method of making the hydrogen from water gas and steam was added. (Water gas is a fuel gas containing about 40% carbon monoxide, 50% hydrogen, and small amounts of carbon dioxide and nitrogen, made by passing steam and air over heated coke).