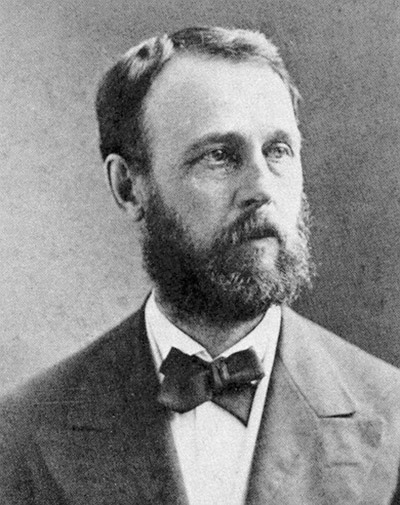 Asaph Hall was an American astronomer who discovered the two moons of Mars, Phobos and Deimos. Born at Goshen in Connecticut, Hall left school at 13 to support his family as a carpenter, following the death of his father. He educated himself, and became talented enough in astronomy for George Bond to employ him as his assistant at Harvard in 1857. In 1863 Hall became professor of mathematics at the US Naval Observatory. In 1877, when Mars was in opposition, Hall searched for martian satellites using the Naval Observatory's 26-in (66-cm) refractor. On Aug 11, he was rewarded with the discovery of a tiny moon (Deimos, as it turned out) but was then compelled to wait a further six nights for mist to clear from over the Potomac before he could confirm his sighting and discover a further satellite. He may have entertained the notion of intelligent life on Mars at this time, for in his discovery paper he writes about how the moons would appear to "martian astronomers" (see life on Mars). Much of Hall's later work involved the moons of the outer planets and studies of binary stars. In 1895, he returned to Harvard as professor of astronomy.