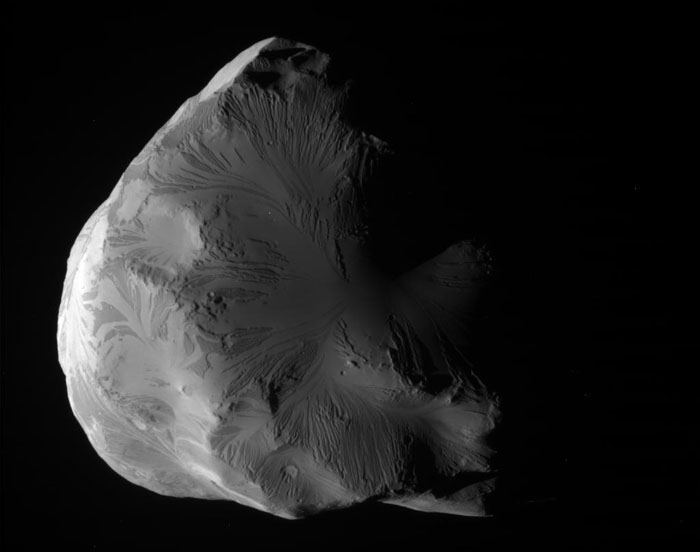 Helene is a small moon of Saturn. It was discovered on March 1, 1980, from ground-based observations at Pic du Midi Observatory and is also known as Saturn XII. It is said to be a Dione trojan because it shares the same orbit as its larger companion, preceding it by 60°. Large portions of Helene appear to have been blasted away by impacts.