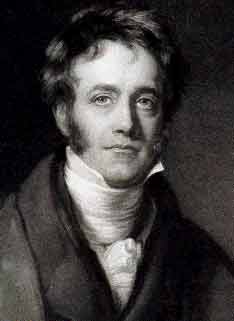 John Herschel was an English astronomer, only son of F. William Herschel, who continued his father's observations of nebulae and double stars, and, in 1834, began a survey of the southern sky from the Cape of Good Hope. This survey,the first systematic observation of the sky in the southern hemisphere, yielded 2,307 nebulae and 2,102 double stars which he listed, together with his father's discoveries, in the General Catalogue of Nebulae and Clusters – the forerunner of the New General Catalogue. It was during John Herschel's time at the Cape that the great "Moon Hoax" was perpetrated. He was the first to notice the variability of Betelgeuse (1836), the first to measure the solar constant, and a pioneer of stellar photometry.