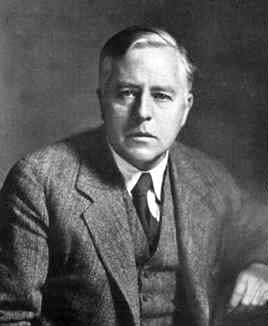 James Jeans was an English mathematical physicist and astrophysicist, and popularizer of science. He was a professor of applied mathematics at Princeton (1905–1909), later lectured at Cambridge (1910-1912) and Oxford (1922), and was a research associate at Mount Wilson Observatory (1923–1944).

Jeans devoted himself to mathematical physics and contributed to the dynamical theory of gases and the mathematical theory of electricity and magnetism. Going on to astrophysics and cosmogony, he solved the problem of the behavior of rotating masses of compressible fluids, and addressed the origins of binary stars and the collapse of interstellar clouds (see Jeans length). These ideas are presented in Problems of Cosmogony and Stellar Dynamics (1919). With Harold Jeffreys he developed the tidal hypothesis of the origin of the planets, which, in the 1920s and 1930s, led to a sharp decline in optimism among professional astronomers about the prospects for life beyond the Solar System. Jeans himself wrote (in The Universe Around Us):

[P]lanets ... come into being as the result of the close approach of two stars, and stars are so sparsely scattered in space that it is an inconceivably rare event for one to pass near to a neighbour...

In 1929, Jeans abandoned research and became an outstanding popularizer of science and the philosophy of science. His later works include The Universe Around Us (1929), The Mysterious Universe (1930), and The Growth of Physical Science (1947).

The Jeans length is the critical size of a gas cloud, of a given temperature and density, above which the cloud must collapse under its own gravity. Below this size, the cloud's internal pressure is enough to resist collapse. The Jean's length, is given by

where k is Boltzmann's constant, T is temperature, d is density, G is the constant of gravitation and, m is mass.

The Jeans mass is he critical mass a volume of space must contain before it will collapse under the force of its own gravity.