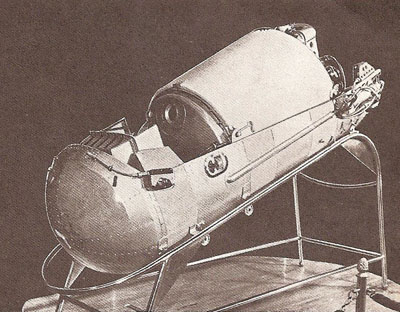 The Korabl-Sputniks were early Soviet spacecraft that served as test vehicles for the Vostok manned flights; 'Korabl-Sputnik' means 'spaceship-satellite.' They carried into orbit a variety of animals, including dogs, rats, and mice. Korabl-Sputnik (K-S) 1-5 were known in the west as Sputnik 4, 5, 6, 9, and 10. (Sputnik 7 and 8 were launched as Venus probes, the latter also known as Venera 1. All were successfully placed in orbit but the first and third burned up during reentry: K-S 1 ended up in a higher orbit than intended and reentered more than two years later, while K-S 3 reentered on time but too steeply and was lost.

Although a number of dogs traveled aboard these Vostok precursors, the first dog in space was Laika, who rode aboard Sputnik 2 but died in orbit. The successful recovery of the Korabl canines proved that sizeable mammals could not only endure space travel but could survive the rigors of reentry, thus helping pave the way for manned spaceflight.

On K-S 4 and 5, the dog passengers were accompanied by a lifelike mannequin nicknamed Ivan Ivanovich. Ivan was dressed in the same SK-1 pressure suit that Yuri Gagarin would use, and looked eerily lifelike. In fact, technicians were so concerned that anyone finding him might take him for a real cosmonaut that they wrote "model" on his forehead. As in the case of the human Vostok pilots who would follow, Ivan was shot out of his capsule by ejection seat after reentering the atmosphere. A parachute then lifted him free of his seat to a soft-landing. On his second flight, Ivan came down near the city of Izevsk in the Ural Mountains during a heavy snowstorm. The heroic dummy has remained in his spacesuit ever since.