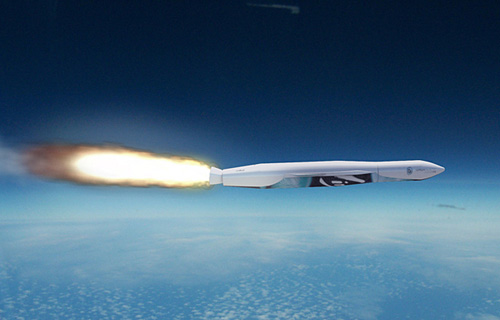 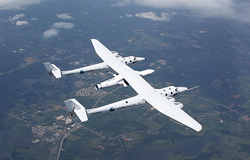 LauncherOne being carried by WhiteKnightTwo. 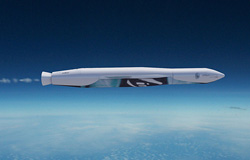 LauncherOne just after being released. 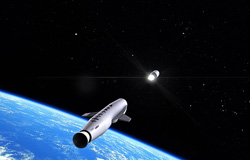 LauncherOne is a two-stage air-launched rocket, to be developed by Virgin Galactic, capable of delivering small satellites into low Earth orbit at a cost well below that of existing launch systems. The vehicle will be carried on the first step of its journey into space by Virgin Galactic's WhiteKnightTwo mother ship, which is also the carrier for the company's passenger-carrying Virgin Galactic spaceship.

LauncherOne is scheduled to make its maiden flight in 2016. It will be able to deliver satellites weighing up to 225 kg (500 lb) into orbit for a cost to the customer of under $10 million – easily under-cutting any current service, such as that of Orbital's air-launched Pegasus system.