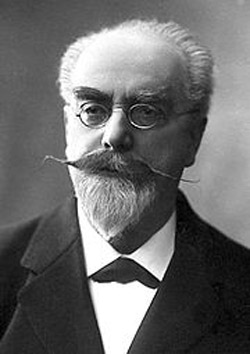 Gabriel Lippmann was a French physicist awarded the 1908 Nobel Prize in Physics for inventing (c. 1891) the first system of color photography. Lippmann was the first person to produce a color photograph of the visible spectrum. He also invented the direct color process of photography. The process used a plate consisting of a grainless emulsion in contact with a layer of liquid mercury. It required long exposures and is thus now obsolete; however, it was important in the development of holograms. Lippmann also invented the coelostat, and predicted the piezoelectric effect.