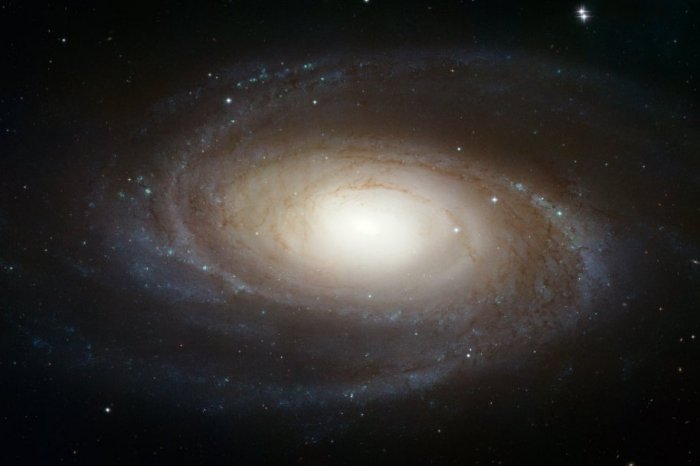 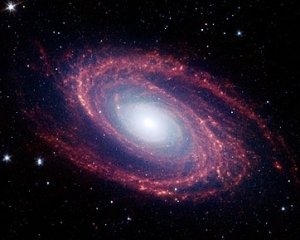 Infrared image of M81 by the Spitzer Space Telescope. 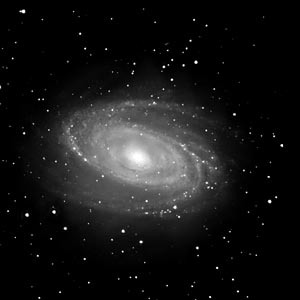 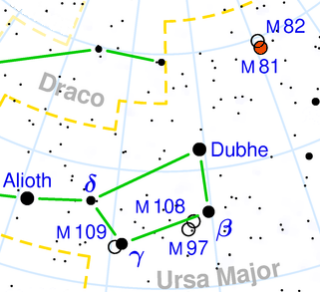 M81 (NGC 3031) is a giant spiral galaxy in the constellation Ursa Major. M81 (NGC 2031) is the brightest and probably dominant member of the M81 group, the second nearest galaxy group to the Local Group.

Discovered by Johan Bode in 1774, and sometimes referred to as Bode's Nebula, M81 is one of the easiest and most rewarding galaxies for amateur astronomers in the northern hemisphere and, under exceptional seeing conditions, has even been glimpsed with the naked eye.

A few hundred million years ago, a close encounter took place between M81 and its smaller, near-neighbor, M82, during which the latter was dramatically deformed. The encounter has also left traces in the spiral pattern of M81. The galaxies are still close together – their centers separated by as little as 150,000 light-years.