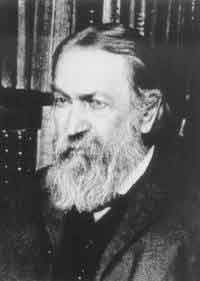 Ernst Mach was an Austrian physicist and philosopher whose name is commemorated in Mach numbers. His greatest influence was in philosophy where he rejected from science all concepts that couldn't be validated by experience. This freed Einstein from the absoluteness of Newtonian space and time, paving the way toward his theory of relativity, and helped inform the logical positivism of the Vienna Circle.

Mach's Principle was brought to widespread attention by Einstein, and undoubtedly played some role as Einstein formulated his general theory of relativity. However, the principle is now known to be incompatible with the general theory.