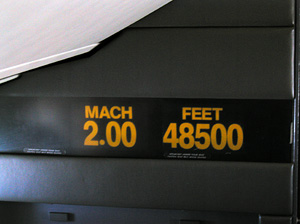 Mach number is a unit of speed, named after the Austrian physicist Ernst Mach, equal to the ratio of the speed of a moving object to the speed of sound in the surrounding medium under ambient conditions.

The following ranges of Mach numbers, known as regimes of flight, have been generally accepted to classify speeds: