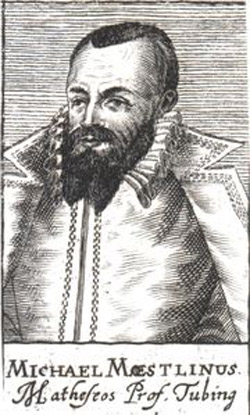 Michael Maestlin was a German astronomer and professor of mathematics at Tübingen who taught and corresponded with Johannes Kepler. Although he lectured generally using the Ptolemaic system, he chose also to teach to a select group of students, including Kepler, about the new Copernican system in which Earth and the other planets revolved around the Sun. He thus played an important role in Kepler's adoption of the heliocentric viewpoint.