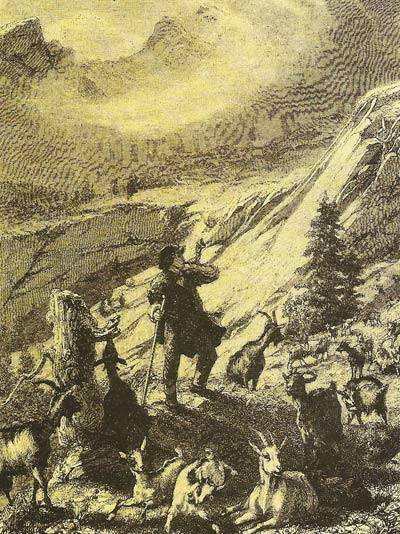 The concept of number is fundamental to mathematics. It probably developed originally out of the need for farmers to count their animals and produce. Numbers also led to money systems, making buying and selling possible. 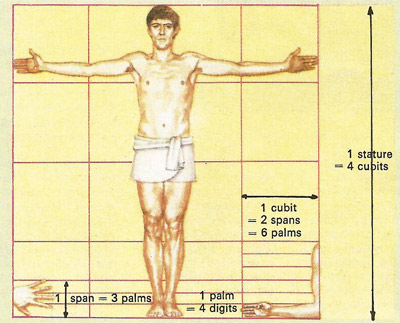 Man probably first counted on his fingers and sized objects in terms of his own body. This diagram shows some of the ancient units of length. "Body units" are still used in some countries today. A hand, equal to 4 in (about 10 cm), is a standard unit for measuring the height of horses and in North America and Britain a foot – 12 inches (30.5 cm) - is still used in measurement as a unit of length. The metric system is now the most widely accepted system of measurement. 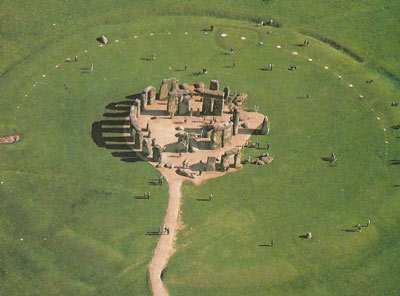 Stonehenge was built in the Bronze Age as a sort of calendar, which probably also had a religious significance. The positions of the stone blocks can be used to measure the movements of the Sun and Moon and to predict eclipses. 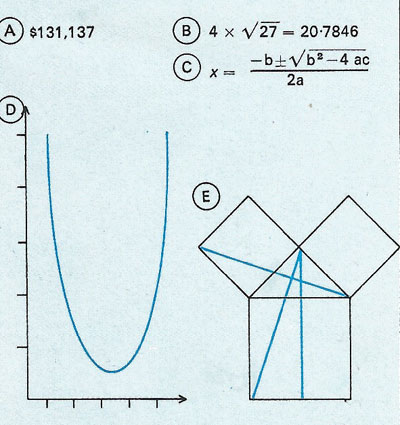 Mathematics has generated its own language. Numbers are themselves shorthand forms of words and, linked with units, define exact amounts or measurements [A]. Other symbols stand for operations such as multiplication and square roots [B]. In algebra letters often stand for unknown quantities, as in the formula [C] for finding the solutions to a quadratic equation. A graph [D] can 'draw' algebraic functions. Pythagoras created his own geometrical conventions [E]. 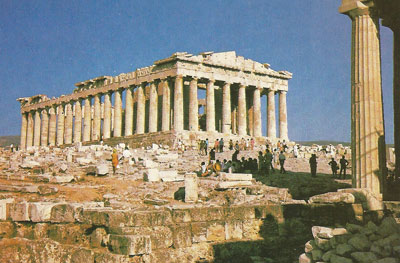 Greek mathematicians extended their logical thinking into the arts, establishing mathematical relationships in music and art. The Golden Ratio (approximately 1.618 was to the Greeks a pleasing proportion, incorporated here in the Parthenon (built 447–432 BC). 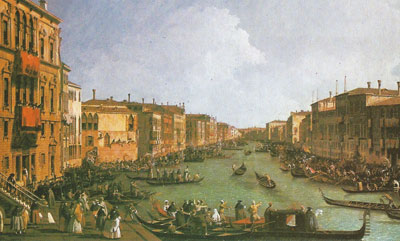 The Grand Canal at Venice was a favorite subject of the Venetian painter Canaletto, whose real name was Giovanni Canal (1697–1768). Renaissance painters studied perspective and so laid the foundations of projective geometry in mathematics, map-making and the draftsmanship used in architecture and engineering, enabling a three-dimensional object to be represented in two dimensions. 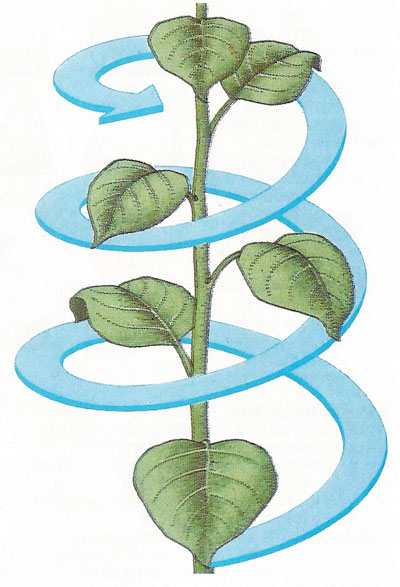 Fibonacci ratios are elements in the series 1/1, 2/1, 3/2, 5/3, 8/5, 13/8 and so on. These values approach the Golden Ratio. Both the numerators and the denominators in the series are formed by adding consecutive members of the series. These ratios occur in nature; a spiral following leaves in this stalk has gaps and turns in the ratio of 5/3.

Mathematics is a continuously expanding system of organized thought. It is employed in science, technology, art, music, architecture, economics, sociology, sport – in fact, in almost every aspect of human activity – and has influenced, and often determined, the direction of philosophical thought concerned with humankind and its universe. Throughout history, mathematics has not only reflected developments in civilization but also made a major contribution to those developments.

There are three major aspects of mathematics. The assembling and combining of sets of objects led to concepts of number, computation and algebra. Concern with the measurement of time and space led to geometry, astronomy and chronology. The struggle to understand ideas of continuity and limit led to mathematical analysis and the invention of calculus in the 17th century. These aspects of mathematics overlap considerably. There are now, for example, algebras of sets, vector algebra and algebraic geometry, and a host of specialities that employ the concepts of other fields of study.

Everything natural or man-made has a structure comprising elements that are related in some special way. A rock crystal, a plant, a spacecraft, and a political system each has a structure, the study of which is mathematical. Mathematics is the result of the thought process known as abstraction, in which activities related to a physical structure can be organized in such a way that the physical structure is replaced by a mental one, an abstract mathematical model. The power of mathematics is further demonstrated when abstract concepts, such as those of number and space, can be represented by concrete symbols, which may be algebraic, geometric or graphical.

Mathematics can be described as a form of inquiry made according to defined rules for drawing conclusions from accepted mathematical truths. History shows, however, that mathematics is also a field of creative activity employing great flights of intuition and imagination. The driving force for this creativity is usually the need humans have to solve the problems of society. But the motivation may also simply be the challenge of intellectual activity for its own sake.

All primitive civilizations developed concepts of number and measure as soon as trade progressed beyond the process of barter. Almost 6,000 years ago the Sumerians were using a number system based on 10 (denary system) as well as the one based on 60 (sexagesimal system). The sexagesimal system still survives in the measure of time and rotation, reflecting the Babylonian preoccupation with the motion of the Sun, Moon, and planets and their influence on man.

The knowledge acquired became not only a religious force but also solved basic problems of agriculture and social organization. The flooding in Babylon and Egypt demanded seasonal surveys of land, the techniques of which led to geometry. Political, commercial and religious pressures to build palaces, ships, temples and tombs stimulated the further development of geometry. At the same time, astronomy regulated social and religious events and thus served the political ends of ruling priests.

The Greeks established mathematics as a rigid study, placing mathematical argument on a logical basis so that propositions, previously not self-evident, could be deduced from basic assumptions. Euclid's Elements, produced in about 300 BC, was a prime example of this approach and dominated geometric thinking for 2,000 years. The Greeks saw beauty in number and shape and their excitement with the Golden Ratio manifested itself in their art and architecture and has been echoed by later civilizations in such places as Notre-Dame in Paris, the architecture of Le Corbusier and the United Nations building in New York.

Every civilization has demanded systems for measuring and each new method has borrowed ideas from previous ones. As civilizations expanded, their influences and trade spread, and the need for standardized units increased. The earlier systems were all based in convenience, so that parts of the body were used for measuring length, the working capacity of oxen for area, stones for weight, skins for volume. Each society learned to standardize; in 1791 the French devised the metric system based on the meter, one ten-millionth of the Earth's quadrant (a quarter of the circumference), a distance calculated from an actual survey. International trade has now forced most of the Western world to adopt the metric system of measurement.


The heritage of numbers

Mathematics resembles a living organism in that its growth is affected by the environment in which it lives. The golden age of Greece produced mathematical beauty that afterwards lay dormant for centuries. The Romans used earlier mathematics but solved no new problems. Not until the sixteenth century was there another great advance. Today the whole world is experiencing change at a pace unequalled in the past. This is mirrored in the development of new mathematics and its applications in solving the problems of modern science, technology, industry and commerce.