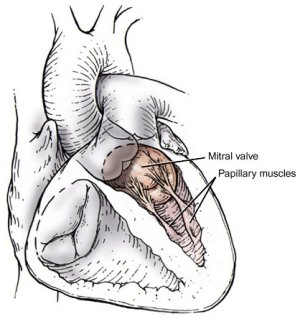 The mitral valve, also called the bicuspid valve or left atrioventricular valve, is a valve in the heart situated between the left atrium and the left ventricle. When the left ventricle contracts, forcing blood into the aorta, the mitral valve closes the opening to the left atrium thereby preventing blood from flowing back and so reducing the efficiency of the pumping action. The valve reopens to allow blood to flow from the atrium to the ventricle.

The mitral valve is the only valve to have two flaps or leaflets; the other three valves in the heart all have three leaflets to close off the inlet and outlet apertures.


anatomy of the mitral valve

The two cusps of the mitral valve are set rather obliquely. The larger anterior cusp looks to the front and to the right, the smaller posterior cusp is behind and to the left. Occasionally, however, as on the right side, small additional cusps are interposed between the bases of the main cusps. The bases of the cusps are attached to a fibrous ring which surrounds the atrioventricular orifice, and their apices project into the cavity of the ventricle. Their apices, margins, and ventricular surfaces give attachment to the chordae tenidae, those from the superior muscle going to the anterior or left halves of the cusps, those from the inferior muscle to their posterior or right halves. The chordae tenidae hold the margins of the cusps together and prevent the valve from being driven backward into the atrium during the contraction of the ventricle.


disorders of the mitral valve 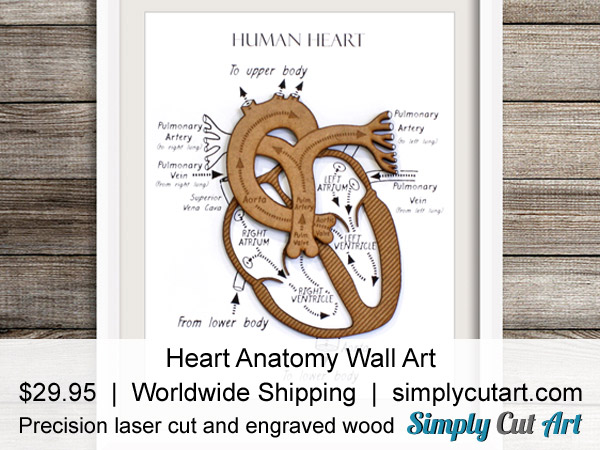