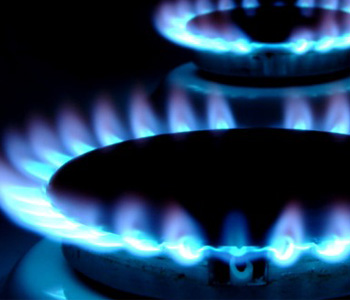 Natural gas is a hydrocarbon gas obtained chiefly from underground sources, often in association with oil and coal deposits. Natural gas generally contains a high percentage of methane, other hydrocarbons such as ethane and propane, and other gases such as nitrogen, helium, carbon dioxide, hydrogen sulfide, and water vapor.

Most natural gas is extracted from gas and oil wells. Much smaller amounts are derived from supplemental sources such as synthetic gas, landfill gas, and other biogas resources, and coal-derived gas.

Natural gas is used as a heating fuel. It also has a high octane rating and excellent properties for spark-ignited internal combustion engines. It is non-toxic, non-corrosive, and non-carcinogenic., and presents no threat to soil, surface water, or groundwater.

The interest in natural gas as an alternative fuel stems mainly from its clean-burning qualities, its domestic resource base, and its commercial availability. Because of the gaseous nature of this fuel, it must be stored onboard a vehicle in either a compressed gaseous (compressed natural gas, CNG) or liquefied (liquefied natural gas, LNG) state.

The vast majority of natural gas is a fossil fuel, formed over millions of years by the action of heat and pressure on organic material (ancient plants and animals). It is derived in much smaller amounts from renewable sources such as landfill gas and water/sewage treatment. Other supplemental sources include synthetic gas and coal-derived gas.

Gas trapped in sub-surface porous rock reservoirs is extracted via drilling. Gas streams produced from oil and gas reservoirs contain natural gas, liquids, and other materials. Processing is required to separate the gas from petroleum liquids and to remove contaminants.

Dry natural gas, also known as consumer-grade natural gas, is the product which remains after: 1) the liquefiable hydrocarbon portion has been removed from the gas stream (i.e., gas after lease, field, and/or plant separation); and 2) any volumes of nonhydrocarbon gases have been removed where they occur in sufficient quantity to render the gas unmarketable.


Natural gas as an alternative fuel

To provide adequate driving range, CNG must be stored onboard a vehicle in tanks at high pressure – up to 3,600 pounds per square inch. A CNG-powered vehicle gets about the same fuel economy as a conventional gasoline vehicle on a gasoline gallon equivalent (GGE) basis. A GGE is the amount of alternative fuel that contains the same amount of energy as a gallon of gasoline. A GGE equals about 5.7 pounds (2.6 kilograms) of CNG.

To store more energy onboard a vehicle in a smaller volume, natural gas can be liquefied. To produce LNG, natural gas is purified and condensed into liquid by cooling to -260°F (-162°C). At atmospheric pressure, LNG occupies only 1/600 the volume of natural gas in vapor form. A GGE equals about 1.5 gallons of LNG. Because it must be kept at such cold temperatures, LNG is stored in double-wall, vacuum-insulated pressure vessels. LNG fuel systems typically are only used with heavy-duty vehicles.