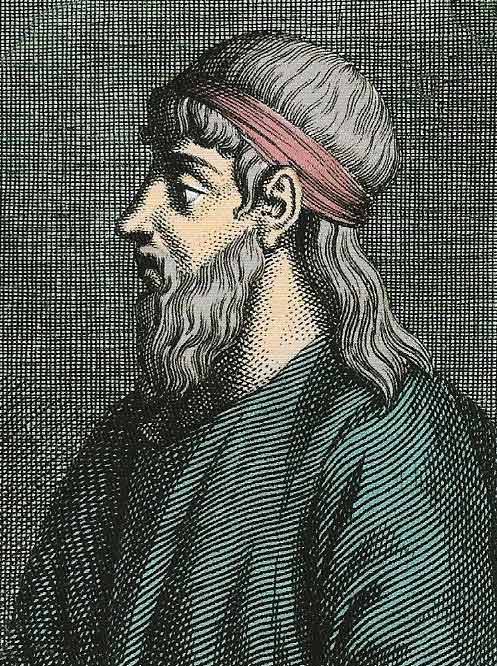 A 17th-century engraving of the Greek philosopher Parmenides, best known for his metaphysical and cosmological poem On Nature (c. 480 BC).

Nothing is the absence of anything, that is, non-existence. Nothing is not the same as the empty set, which exists as the set that mathematically denotes nothing, nor is it the same as zero, which exists as the number that denotes how many members the empty set contains. In physics, nothing is not a vacuum, because a vacuum not only contains energy but exists in space and time; nor is it a singularity, which contains a greatly deal of concentrated matter and energy. So, can there be nothing? No. "To be" implies existence of some sort: the one thing we can be absolutely sure has never existed or will exist is nothing.

Nothingness – the property or state of being nothing – is anything but a simple idea. The Greek philosopher Parmenides (fl. early 5th century BC) was the first to introduce the idea of nothingness, only to reject it as unthinkable. On that basis he reached several striking conclusions, particularly monism: the idea that there is only one thing.

After Parmenides the idea of nothingness – and cognate ideas, such as the void – took several turns. In physics, although the ancient atomists held that the world consisted of atoms in a void, Aristotle argued for the impossibiliy of a void, and his views were accepted until the idea of empty space was rehabilitated in the Scientific Revolution (c. 1550–1700). Whether empty space counts as nothing according to contemporary physics is debatable: even when there is no matter in a region of space, it will still have measurable properties. In Western theology, early Christian theologians developed the idea that God created the world ex nihilo, out of nothing, as opposed to out of pre-existing materials; in the 18th century, Gottfried Leibniz posed the question, "Why is there something instead of nothing?" and answered by invoking God. Nothingness was associated with feelings of insignificance and meaninglessness and the fear of death by existentialist philosophers in the 20th century.

Calculating about nothing posed challenges, which were surmounted by the invention, in 19th century India, of a positional notation including the number zero. Reasoning about nothing posed challenges, were at least partly surmounted by rhe realization that "nothing" is not a noun but a negative indefinite pronoun: to say "nothing exists" is not to ascribe existence to something named "nothing" but to deny existence to anything.