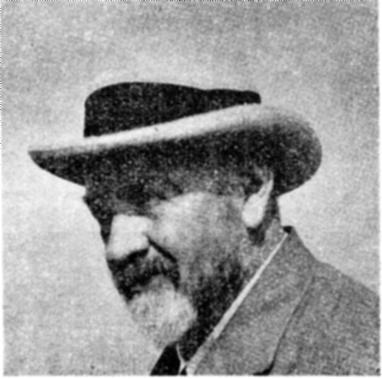 William Henry Pickering was an American astronomer, brother of Harvard College Observatory director Edward C. Pickering, and the first to discover a satellite (Saturn's moon Phoebe) by photographic means, from Harvard College Observatory's southern station in Peru. He played a prominent part in the Martian canal controversy, asserting in 1888, on the basis of observations made by others, that the canals were made visible by adjacent strips of vegetation. At the favorable opposition of 1892, he claimed to have seen 40 "lakes" and clouds high in the Martian atmosphere. Lowell later used these observations in formulating his theory of an advanced Martian civilization, with which Pickering fully concurred. Up to his death, Pickering also maintained that there was plant life in specific areas on the Moon, including the crater Eratosthenes1.