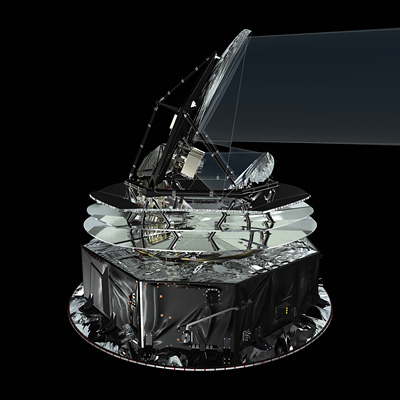 Planck is a European Space Agency spacecraft designed to search for tiny irregularities in the cosmic microwave background over the whole sky with unprecedented sensitivity and angular resolution. Planck will be ten times more sensitive then anything previously flown. Named after the quantum theorist Max Planck (1858–1947), it is expected to provide a wealth of information relevant to several key cosmological and astrophysical issues, such as theories of the early universe and the origin of cosmic structure. Planck was launched on May 14, 2009, at the same time as the Herschel Space Observatory. Like Herschel, it operates from an an orbit around the Earth-Sun L2 Lagrangian orbit at a distance from Earth of 1.5 million km.