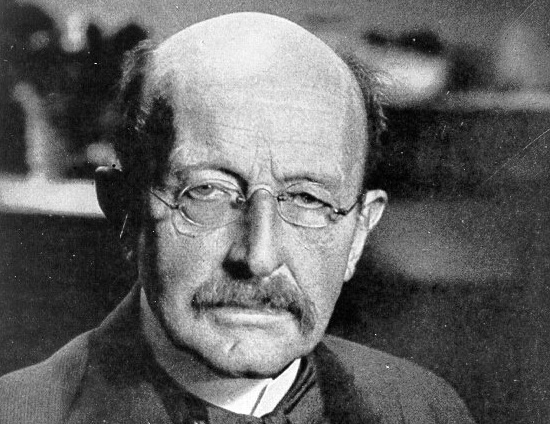 Max Planck was a German theoretical physicist whose revolutionary quantum theory (see Planck and the origins of quantum theory), along with Einstein's theory of relativity, brought physics into the modern era. He served as professor (1889–1928) at the University of Berlin.

Initially influenced by Clausius, he made fundamental researches in thermodynamics before turning to investigate blackbody radiation. To describe the electromagnetic radiation emitted from a blackbody he evolved the Planck radiation formula (1900) which implied that energy, like matter, is not infinitely indivisible – that it can exist only as quanta. Planck himself was not convinced of this, even after Einstein had applied the theory to the photoelectric effect and Bohr in his model of the atom (see Bohr atom); but for his achievement he received the 1918 Nobel Prize in Physics.

Planck remained in Germany during the Nazi era, but spoke out against the persecution of Jews In 1944, his son Erwin was executed for taking part in the unsuccessful plot to assassinate Hitler. He served as president of the Kaiser Wilhelm Society for the Advancement of Science, Berlin, which after World War II became part of the Max Planck Institute.

Planck constant (h) is a constant equal to 6.6256 × 10-34 joule second (6.6256 × 10-27 erg second). It scales the energy of electromagnetic radiation of frequency f so that the radiation appears only in quanta of energy nhf, where n is an integer. Planck's constant was first introduced in 1900, in Planck's theory of blackbody radiation, and subsequently appeared in Einstein's 1905 theory of photons. It also governs the accuracy with which different properties can be measured simultaneously (see uncertainty principle) and the wavelength of the wave associated with a particle (see quantum mechanics).

The Planck length, equal to roughly 10-33 cm, is the distance less than which quantum fluctuations in the fabric of spacetime would become enormous. It is therefore effectively the smallest meaningful length, or a quantum of distance. The Planck length is the size of a typical string in string theory.

In quantum mechanics, the Planck time is the shortest meaningful period of time; any two events that are separated by less than this amount of time can be considered simultaneous. It has the value 5.390 × 10-44 sec. Related to this is the Planck length of 6.160 × 10-33 cm, which is the distance that light can travel in the Planck time.