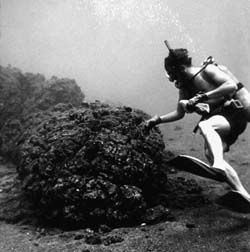 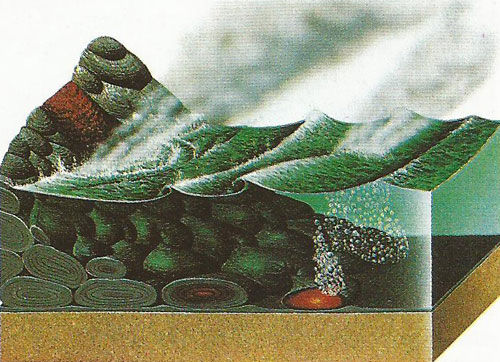 Fig 2. When a lava flow enters the sea it breaks up into a number of globular structures which may come to rest piled on top of one another. This is known as pillow lava. The same formation can occur if magma is expelled directly into the sea. 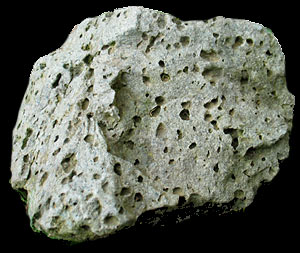 When basalts erupt underwater, they commonly form pillow lavas, which are mounds of elongate lava 'pillows' formed by repeated oozing and quenching of the hot basalt. First, a flexible glassy crust forms around the newly extruded lava, forming an expanded pillow. Next, pressure builds until the crust breaks and new basalt extrudes like toothpaste, forming another pillow. This sequence continues until a thick sequence may be deposited. When geologists find pillow basalts in ancient rock sequences, they may conclude that the area was once under water.

Spilite is a fine-grained, extrusive igenous rock found near volcanoes. The dark-colored rock occurs as pillow lava, which is formed where lava from a volcanic eruption flows into the sea; it often contains cavities formed by gas bubbles (Fig 3). It is a basic rock containing up to 40% silica and more sodium than basalt, the common volcanic rock.