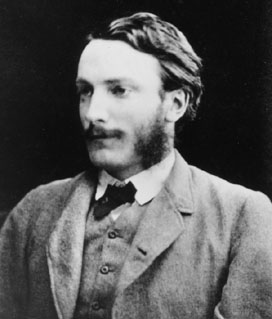 Lord Rayleigh (John William Strutt) was a British physicist who was awarded the 1904 Nobel Prize in Physics for his measurements of the density of the atmosphere and its component gases, work that led to his isolation of argon (see also William Ramsay). Rayleigh worked in many other fields of physics, and is commemorated in the terms Rayleigh scattering (which describes the way that electromagnetic radiation is scattered by spherical particles of radius less than 10% of the wavelength of the radiation, Rayleigh criterion, and Rayleigh waves (in the study of earthquakes).

In Rayleigh scattering, the amount of scattering (d) is inversely proportional to the fourth power of the wavelength (λ). Thus blue light is scattered by small particles ten times as much as red light.